I am an Anthropology student new to anthropology but not new to the research of  Self. I’ve spent years researching and studying the human body, natural healing, metaphysics, yoga, and other modalities. Yet when it came to the history of our African culture, I knew far less than I should have. My recent trip to Mexico and my change in major was a catapult into the deeper search of “knowthyself” as it pertained to our global human story. Are we African Americans, Black, Negro, Mulatto, Colored, Copper-Colored people? And where do we really come from?

This led me back to the Library of Congress, this time, on a mission to uncover the deep void I had within about family origin.  As a highly, spiritual person sensitive to the sprits and elements and other paranormal, supernatural phenomena I had dreams that led me to travel to regions and cities that I discovered where not only deeply spiritual but were in some way or another kinnected to our global human story of the so called “African American.” The truth is we have a global history that spans some million (others say trillion years old) that predates not only Columbus but other so called races of humans on this planet. We (indigenous aboriginals) are found all over the world; Africa, the Americas (North, Central, South), the Caribbean Islands, Asia, the Oceanic Pacific islands, Australia, Europe, etc. Our face truly is found in history and our stories are awakening and being retold!   Here is what I found on my journey and research from the LOC (Library of Congress) about the America’s: 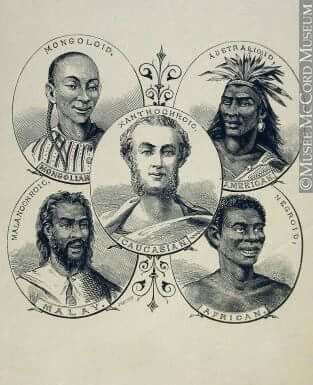 One statement that is common through my short lived studies of the autochthonic aboriginal in our global history is they repeat “We always been here! We were here since the beginning!” So how is this possible? And why was this never taught to us in school? Even at the university level to mention “black” origin other than the Lucy bones or some bones of an ancient African or “negroid” woman somewhere around the globe is permitted, the words “African”autochthonic is taboo, shunned and even banned from modern academia even when evidence prove otherwise.  In my own studies in anthropology I had the same disturbing gut feeling that I had when I was in my 5th grade social studies class and yelling out “this is a lie!” Some 30 years later, little has changed in the way of tearing down the walls of racism steeped in theory that was never proven openly but concealed and hidden privately by mainstream academics. The truth is their is more than enough evidence that prove “we were here!” long before Columbus set sail for the New World.

The journey begins out of Africa to new worlds.  We construct our boats made of reeds and papyrus and navigate with great precision and knowledge of the stars (astronomy) and mathematics, traverse across the Ethiopian Sea (the Atlantic) and the Pacific Oceans, to visit the Americas, South America, Asia, the islands of the Pacific. We set foot on the continents of Asia, in China, and Korea, Thailand, Cambodia, India and Australia. We inhabit those lands. We inhabit Europe, even Russia. We are everywhere on this planet earth. We build temples, pyramids, and mounds to our sacred gods. We are brothers and sisters of many nations with a common ancestor.  We build the richest ports of trade and commerce. We bring plants and seeds known to only Africa (Guinea) and plant in the new world Americas, on the Yucatan Peninsula, in Guatemala, Panama, Honduras, El Salvador, Peru, Venezuela, Brazil. 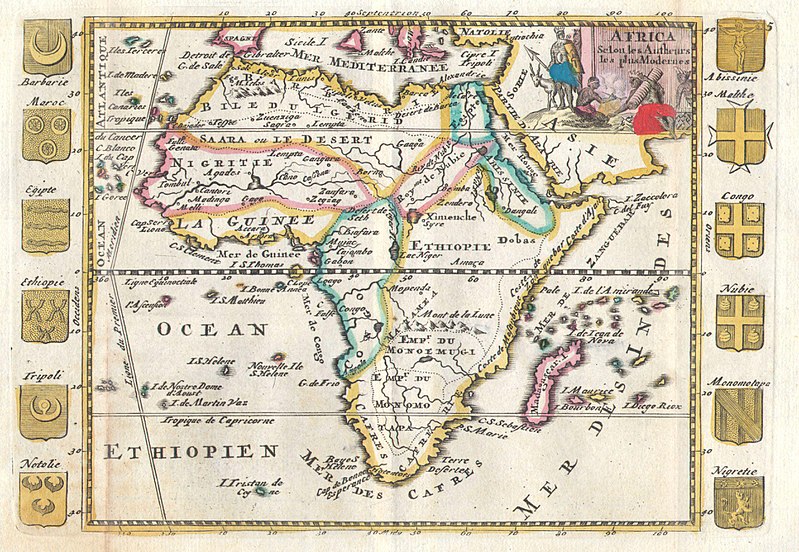 We have always been the original aborigines of the land in every corner of this earth. Check the dead of our ancestors; the so called discoveries of skulls that have been found as early as the 1800s (Cremo, 1993).

The “Black”, the “Copper Colored”, the “Red Man” in the Americas

The word “Ethiopian” was used in context, does not refer to people from Ethiopia. It springs from “aethiops” which means “burnt skin.” People of sun-burnt skin (that is blacks) were sometimes referred to, at that point in time, in this broad and general way. Lopez de Gomara also describes the black Europeans sighted for the first time in Panama. “The people are identical with the Negroes we have in Guinea.” De Bourbourg also reports that there were two indigenous to Panama (Central and South America) – the Mandinga (black skin) and the Tule (red skin). Africans were not strangers to the Spanish and Portuguese. Black Africans and Arabs had invaded  Southern European in 711 AD and had established dynasties that profoundly affected Spain, Portugal and Sicily until the year 1492, the year of the African general Boabdi of the Almohade dynasty surrendered the very year Columbus set sail for the New World . (From the Mandingo Voyages) (Sertima, 1998, p.5)

Africa is our root:  The root of all civilization of the world, the “light of the world”  (Massey, 1907) the “mother of civilization (Henrik Clarke, ) .” Africa is the root of the great Tree of Knowledge. The great Tree of Life. The world civilizations are the branches, the fruit, the seeds, and flowers of cultures and kingdoms, the Klans and tribes of the world, everywhere. Africa sprouted and birthed the great nations of this world from a cosmic source. We are indeed “celestial and terrestrial” (Churchward, 1910) as we have been since the beginning. As we traversed from land to land from nomadic to becoming agricultural communities we remained the autochthonic aboriginal indigenous inhabitants of the land on the planet. This was truth, memory, legend, and fact even evidenced up until the Columbus voyages to the Americas.

These “Europeans” after expelling the Mauriscos (Moriscos) or Moors from Spain in 1492  with the Alhambra Decree, also known as the Edict of Expulsion; Decreto de la Alhambra  Edicto de Granada (Spanish), immediately sent Christopher Columbus (also known as Cristòffa Cómbo (Ligurian), Cristoforo Colombo (Italian), and Cristóbal Colón (Spanish) to search for new lands in the Americas. These ‘new lands’ were believed to be the ports and cities connected to the once ruling Moors of Spain. Please note there was a second expulsion in 1609 by King Philip III called the Expulsion of the Moriscos, Expulsió dels moriscos which further sent the descendants of much of the royal moors previously in Spain out of Europe for good. European monarchs and the church wanted no trace of the Moors and their children (black, brown or mulatto admixtures) in any part of the Europe.

Chief Justice Marshall noted the 1455 papal bull Romanus Pontifex approved Portugal‘s claims to lands discovered along the coast of West Africa, and the 1493 Inter Caetera had ratified Spain‘s right to conquer newly found lands, after Christopher Columbus had already begun doing so,[7] but stated: “Spain did not rest her title solely on the grant of the Pope. Her discussions respecting boundary, with France, with Great Britain, and with the United States, all show that she placed it on the rights given by discovery. Portugal sustained her claim to the Brazils by the same title.

This is when most of their histories were banned and hidden from the history books and why you may not have heard of their existence in school or in movies to date. Further evidence prove that in the Doctrine of Discovery yet another catholic mandate further used a form of legal religious decree (man made instrument) to suppress, oppress and annihilate autochthonic aborigines and their indigenous descendants not only from history books, but from memory, land, resources and spirituality. The result of this legacy is the oppressive political policy we now call White Supremacy (WS) and has been part of a larger global phenomena throughout the old world and new world. 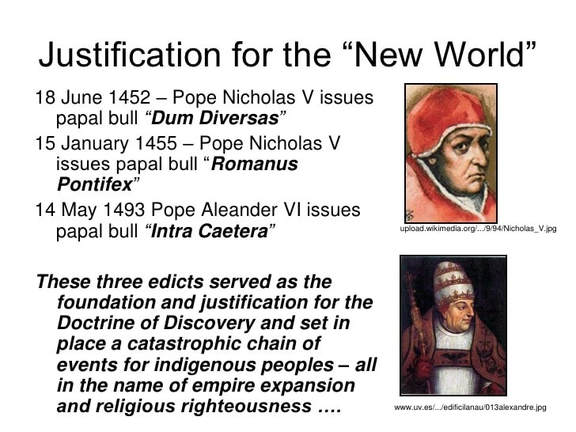 Before beginning our survey of rejected and accepted paleoanthropological evidence, we shall outline a few epistemological rules that we have tried to follow. Epistemology is defined by Webster’s New World Dictionary, as “the study of theory of the origin, nature, methods, and limits of knowledge.” When engaged in the study of scientific evidence, it is important to keep the nature, methods, and limits of knowledge in mind; otherwise one is prone to fall into illusion.” (Cremo, 1993, p. 7)

When we speak of beginnings there are a plethora of myths (mythologies) that speak to the origin and creation stories of man from around the world. Each religion, each spiritual system, each tribe has its own creation myth and human origin mythology. One common theme seen throughout many of these stories is the duality between earthly man and the god or celestial man. This dual nature in man is also illustrated heavily in the works of Churchward’s, “Signs and Symbols of Primordial Man“. In this book he goes into great detail and breath to compare ancient Mexico (Mayan and Aztec) spirituality, temples, artifacts, and symbols to those of ancient Egypt, in fact, he superimposes that these cultures are one and the same.  It is suggested and documented through evidence that the pygmy African ‘negroid’ phenotype is the oldest human on the planet. Yet in Cremo’s discoveries there exists many discoveries of ‘modern human’ skeletons (bones, skulls, femurs, etc) found as early as the 1800s.

‘This twofold creation will account for the two Adams, the man of earth and the man from heaven, or man the mortal and the man the manes. In mythology the first Atum was solar. In the eschatology, the second Atum is the spiritual. The garden was made for the manes to cultivate, and the manes represents the second Adam, who as Egyptian is Nefer – Atum in spirit — otherwise man the manes in the garden of Amenta.” (Massey, 1907, p.425)

Massey, G. (1907). Ancient Egypt. The Light of the World: A work of reclamation and restitution in twelve books. S.l.: Old Book Publishing.

Pope VI A. (n.d.). The Gilder Lehrman Institute of American History. Retrieved from https://www.gilderlehrman.org/content/doctrine-discovery-1493. The Doctrine of Discovery , 1493, A Spotlight on a Primary Source by Pope Alexander VI.